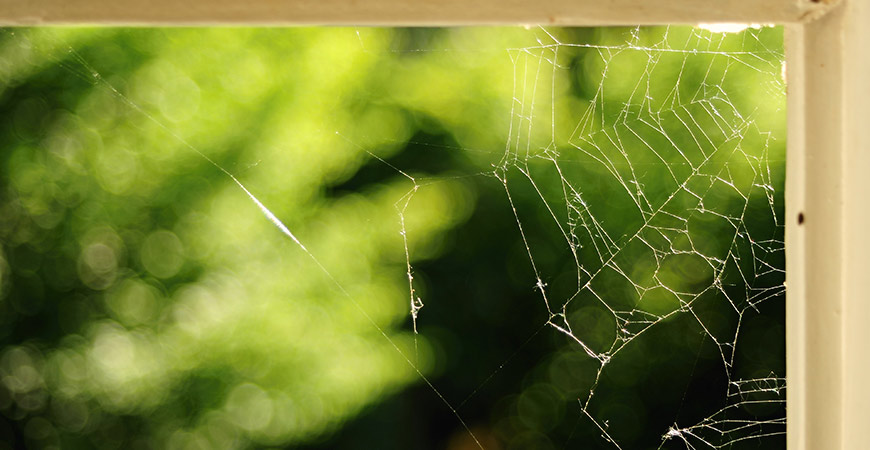 Leslie was looking for a way to deal with a horrible spider infestation around her home. Specifically, she needed a product that could be used on her window sills and siding to keep spiders away.

She figured that if Miss Muffet’s Revenge worked just as well as the outdoor product, she would finally have a solution to her problem.

Leslie used to have spiders all over her exterior windows and around the perimeter of her house. She would often get large spiders attached to her windows, and she’d have to scrape off spider webs and residue.

She said spiders were drawn to the windows because the area was dry and protected. The unsightly debris, along with all the scraping needed for its removal really bothered Leslie because she liked to keep her windows clean. 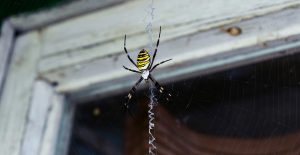 Leslie would spend a lot of time washing her windows to get rid of all the spiders and cobwebs. After she removed the spiderwebs from her windows, they came back almost immediately.

Usually, she would see new spiders and webs by the next day. This caused a lot of frustration for Leslie, as she wanted to find a solution that would give her long-lasting results.

Before she used Miss Muffet’s Revenge, Leslie tried using mothballs to control the spiders around her home. In the spring, she put mothballs along the siding of her house and on the window frames. She disliked the overpowering scent of the mothballs.

“It took me only an hour to do every single window upstairs and downstairs. And now I won’t have a spider problem for the rest of the year.” -Leslie F. from Aylett, VA

It provides spider control and keeps working to protect your home for up to 12 months after it has been sprayed. Miss Muffet’s Revenge can also be used as an indoor spider killer.

The product kills spiders if they are sprayed directly or crawl past an area that has been sprayed. 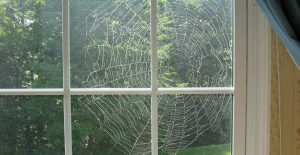 Leslie loves how easy it is to use and said she only needs to apply it once a year to her window frames to keep spiders away. Miss Muffet’s Revenge allowed her to take back control of her home.

Spray until the surface is slightly wet, it does not have to be fully soaked.

Once the product has completely dried, go back and clean up any cobwebs.

Miss Muffet’s Revenge provided a long-term solution to Leslie’s spider problem. She no longer spends hours scrubbing the windows and sides of her house to remove spiders and their webs.

She also doesn’t have to deal with new spiders appearing the next day. One application of Miss Muffet’s Revenge keeps spiders away from Leslie’s home for a whole year.

Click here to buy Miss Muffet’s Revenge today, or click here to find it at a store near you.